While we may not have visited all of the playgrounds and parks in Durham Region yet, we do know that we have some favourites when it comes to finding shade and cooling off in the heat of summer. We will list our top 10 parks with shade in a moment, but the first thing we want to address is 'why are there so many playgrounds with no shade?'

Well, most playground manufacturers require a minimum clearance zone for their playground structures to be installed. This work usually starts with the design plans and clearing the ground and area where the structure will be installed. Any trees within the area most often are removed to maintain the safety clearance zone for kids at play on the playground structure. Large trees in the area are also usually pruned back to avoid weak branches breaking and falling off on the playground for safety reasons, but also to prevent any damage to the structure as well. Trees with intricate root systems or large roots can also be a potential hazard to those running around a playground structure so they are also removed during construction, which is another reason you won't see large trees near a playground. The roots are tripping hazards, but also can disrupt the stability of the play structure itself.

Ok now that the 'safety' bit is explained as to why we don't see a lot of playgrounds with shade from surrounding trees over them, what about a shade sail? Well these are EXPENSIVE! they take away the funds that can be used on other park features for play. Plus they are generally used in warmer climates where they do not have to be removed during the winter weather. We do have one now in Durham Region though at Country Lane Park! (it is up over the sandpit now, but I just don't have a good recent photo of it).

On to our TOP 10 Parks with Shade! in no particular order... 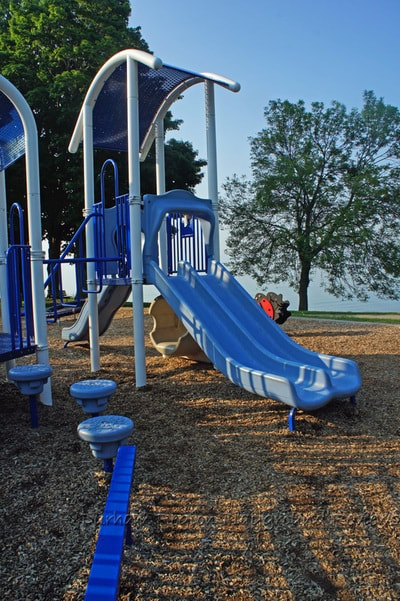 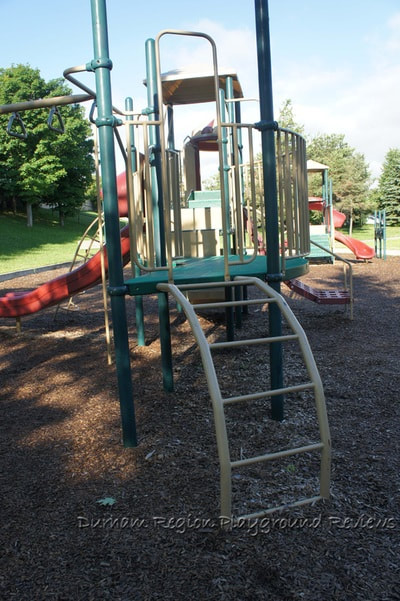 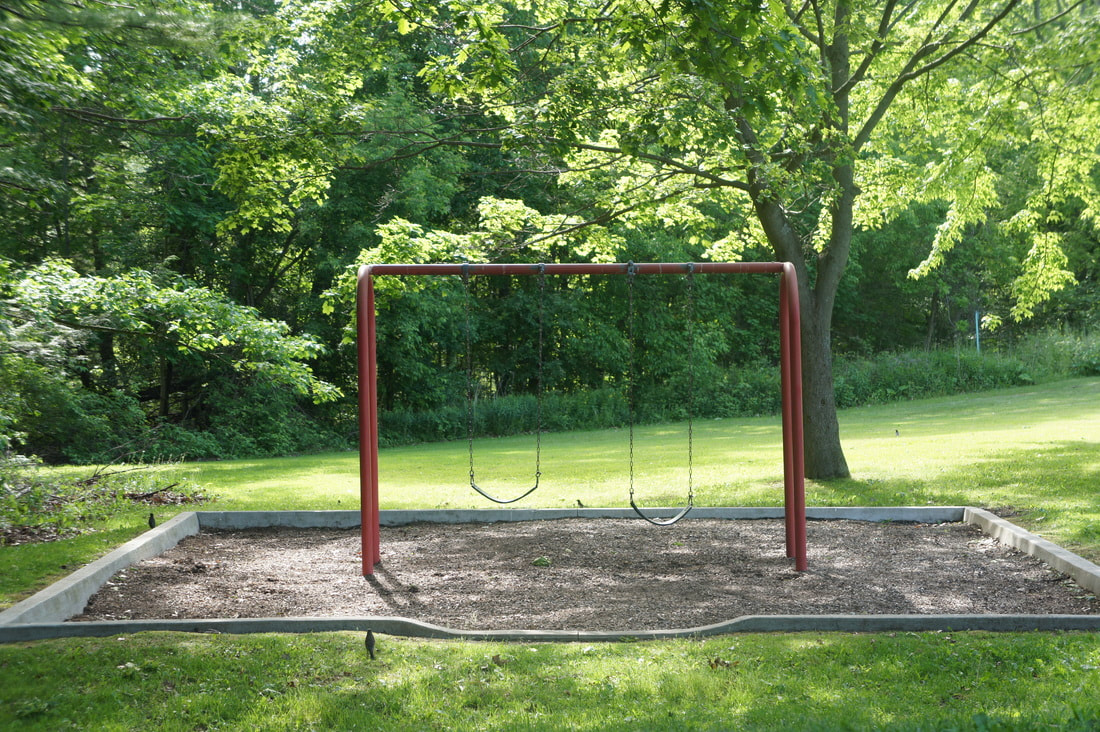